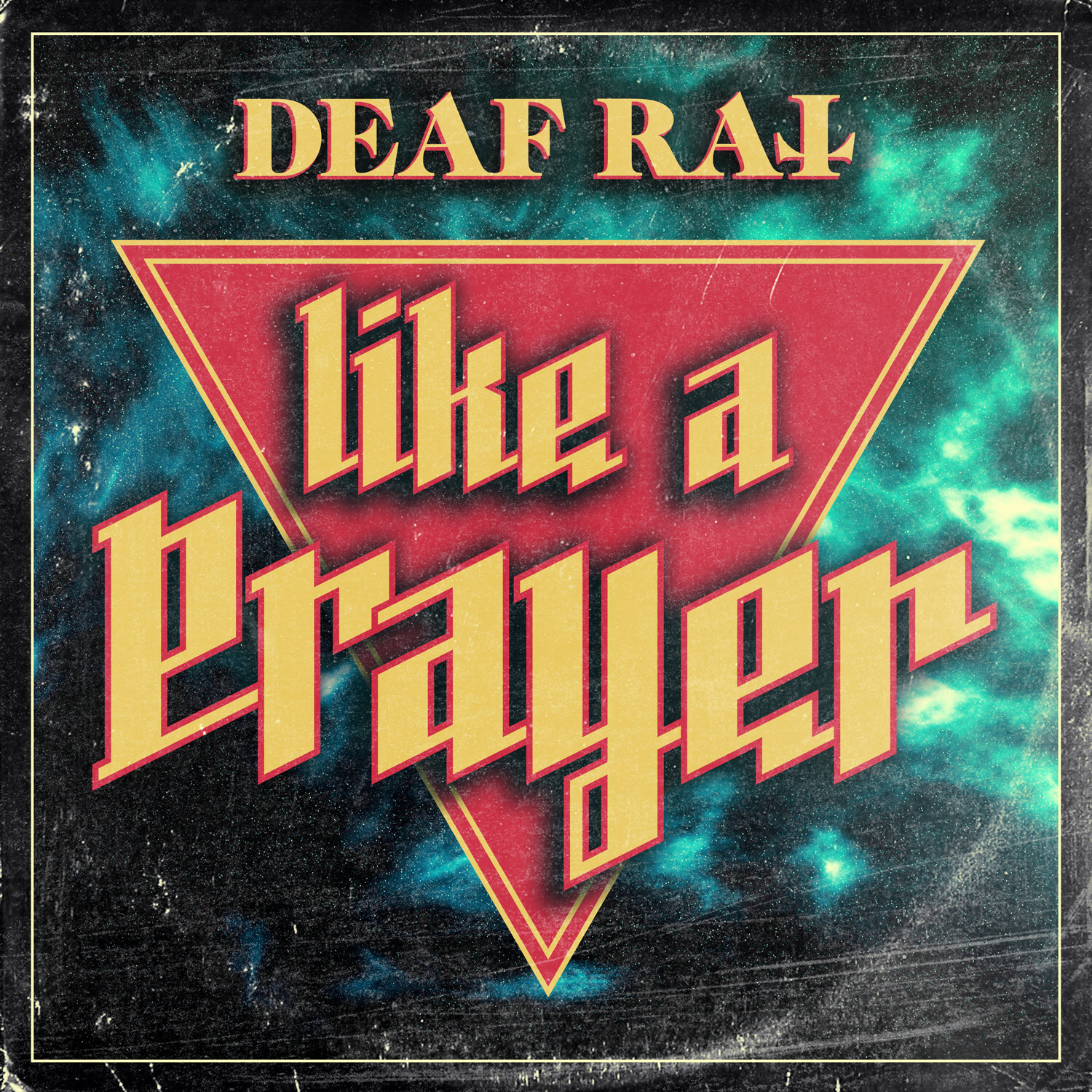 In June 2022, Deaf Rat will be opening up as the support act for Heavy Metal Icons Judas Priest, in the world famous outdoor arena Dalhalla in Sweden. While waiting for the world to open up for live shows to happen again, the band is releasing a cover version of the classic Madonna hit; Like A Prayer.

“To make the decision to record a classic hit song that sold millions of copies all over the world may sound like a great idea at first, but it sure comes with a lot of challenges. When you take on a song that has touched so many hearts and souls during so many years, there will be just as many opinions as there will be listeners.“

Like A Prayer, which was originally released in 1989, is one of Madonna’s bestsellers and most popular songs to date. Furthermore at time of release it entered single charts in various countries on #1 (e.g. US, UK) and #2 ( e.g. DE, NL) and similar positions in a lot of other countries worldwide and has been part of Rolling Stone Magazine’s “Top 500 – best songs of all times.

– I always treat other artists’ creations and work with great respect. It’s important to understand the song and understand the work behind it before you start taking things apart. On a well produced song like this, all details on the recording are there for a reason, and they are all played in a certain way for a reason. The biggest challenge for us was to find a way to create something that sounded like Deaf Rat, while keeping much of the parts that the vocals and instruments play on the original track.

– Three years ago, we had somewhat of a dead period with a lot of setbacks during 10 months. The spirit inside the band was not the best. I saw that we needed to focus on something together so I did some demos of cover songs on my own and brought it forward to the rest of the band. Luckily, the rest of the guys grasped on to it and we were able to turn our built up frustration into fuel for creativity in the studio instead. If we had not entered the studio and worked on this song together, chances are big the band would not be around today.

which received great reviews from the metal press and followed with their latest single Within The Dead Souls in October 2020. Just before Covid struck the world, the band confirmed not only the support show with Judas Priest, but also a 15 show European tour together with Swedish fellow classic rock act H.E.A.T.

DEAF RAT is the band that fills up the cracks in the ageing concrete between old school and modern hard rock. Lead vocalist Frankie Rich and guitarists Pat Kramer and Max Lander spent the last eight years together touring Europe in minivans without air condition, sleeping on the floors of fans’ apartments and sometimes even living in their recording studio to afford production costs for tours and albums.

The band hails from Dalarna in Sweden, a small region with long traditions of mining, steel industry, music and a healthy dose of DIY attitude. Dalarna is the home of bands such as PAIN, Sabaton, Scar Symmetry & Twilight Force.

To pay the rent between tours the band members have worked at a local theatre and a special effects company, something that sparked an interest in building props and effects for their live show. Also, a common childhood interest in blowing things up has found a natural outlet in some serious pyrotechnics.

DEAF RAT is, in the truest sense of the word, one of Sweden’s most explosive live acts. The many years of touring and studio experience have taught the band to harness that fire and transfer it to tape. The latest album Ban The Light (released November 2019 on AFM Records) is a soundtrack of a dark and grainy dystopia, a should-have-been-made movie directed by the Devil with a cast of thoroughly bad men and evil women. Basic tracks were recorded live in the band’s own Ballroom Studios in Falun, to capture as much as possible of the band’s on-stage energy. Vocals, overdubs and mixing were also done in Falun.

Ban The Light is inspired by yesterday’s and tomorrow’s evening news, where politics and religion are used to justify horrible acts. The album tells the story of people stuck in a world where free will is taken away, slowly, step by step, without anyone noticing.